The Rosetta Stone was found by Napoleon’s troupes in Egypt in 1799. The stone was produced in 196 BC and it contained the same story in 3 languages: Hieroglyphic, Demotic and Greek. The discovery of stone meant that it for the first time became possible to translate Hieroglyphic writing. The 12Box Model has similar function. It makes it possible to translate information across the organisation. 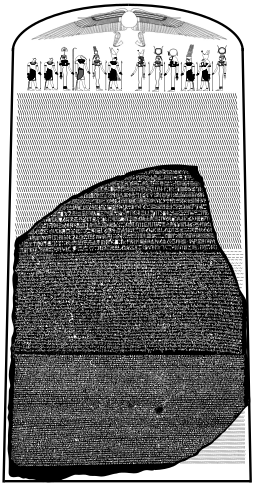 No Examples on What is the Rosetta Stone in Business Transformation?